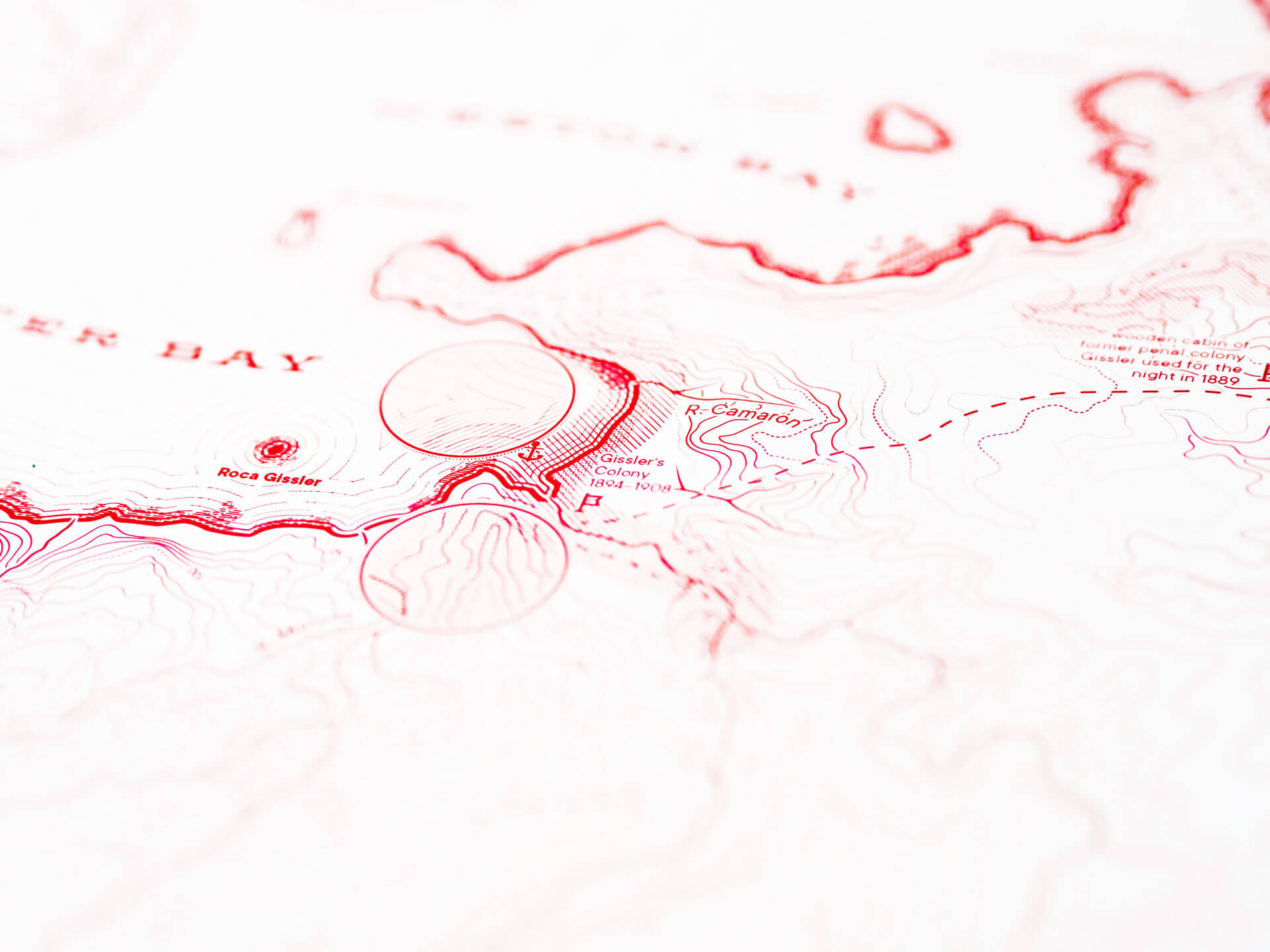 The entire map is monochrome.

This letter forms part of the custom font for the map-title.

Icons explain what the mysterious treasures consist of.

Capt. William Thompson is one of the three protagonists of the »Lost Treasures of La Isla del Coco«. 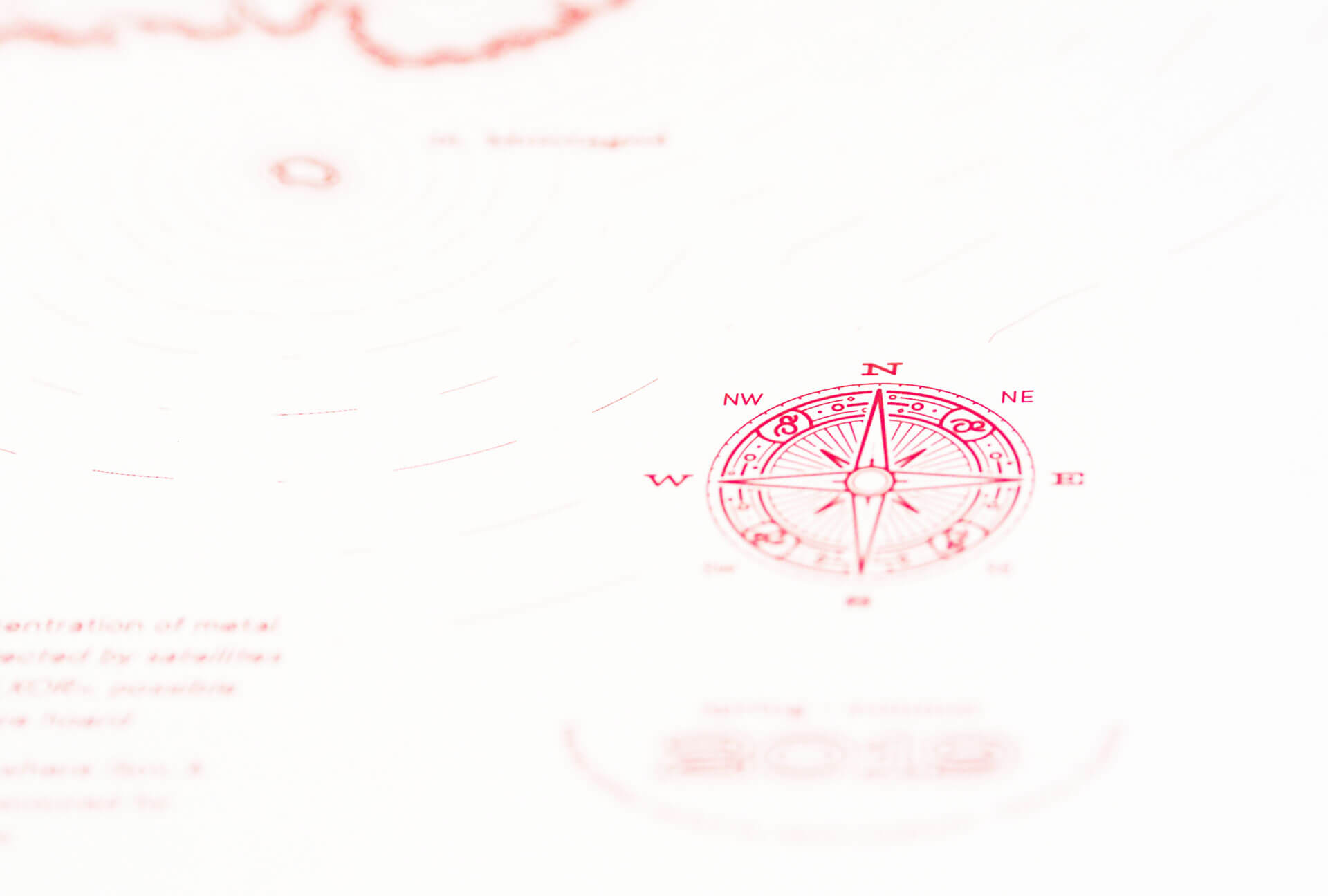 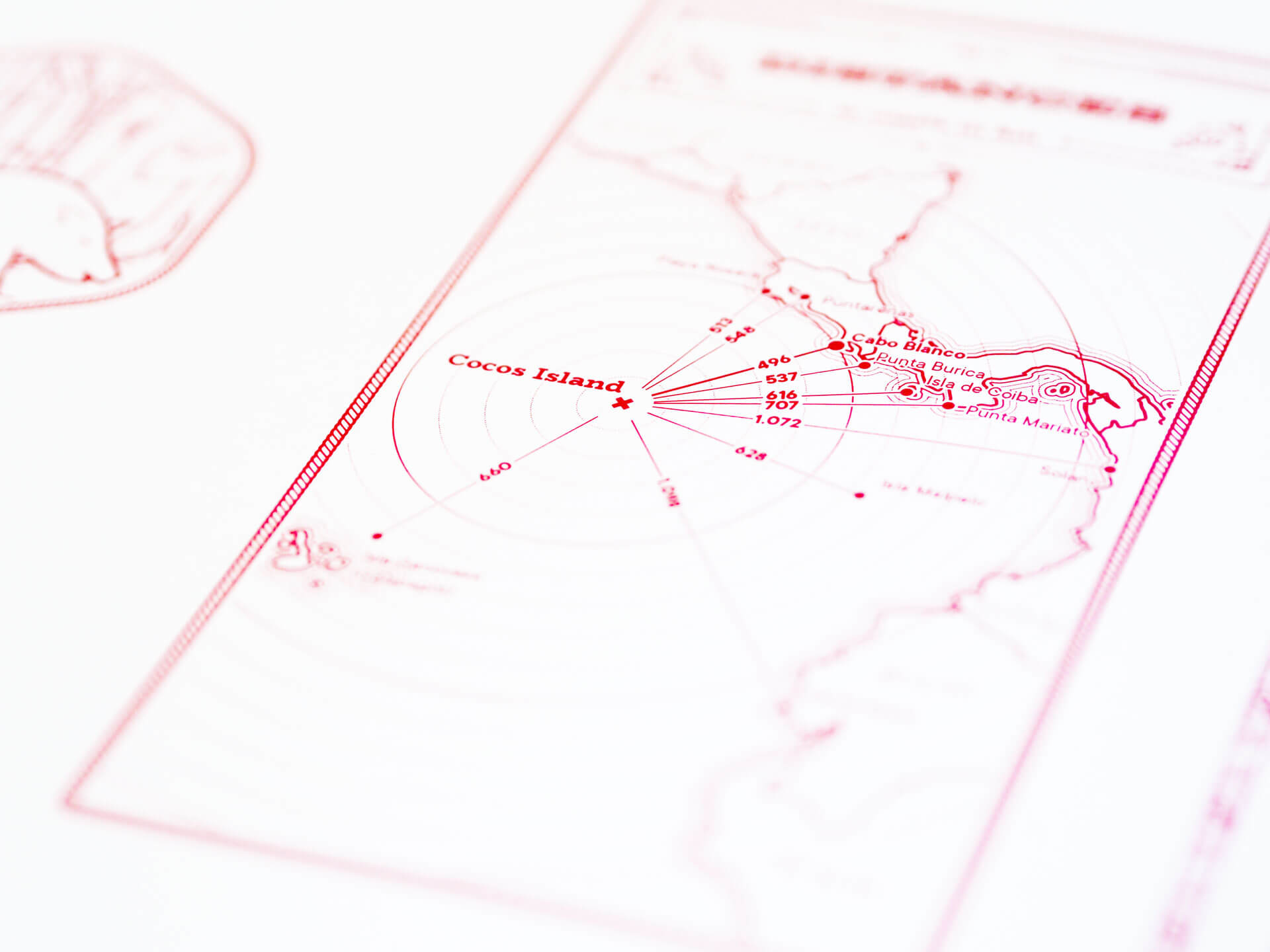 A smaller map shows the distance of la Isla del Coco to the mainland. 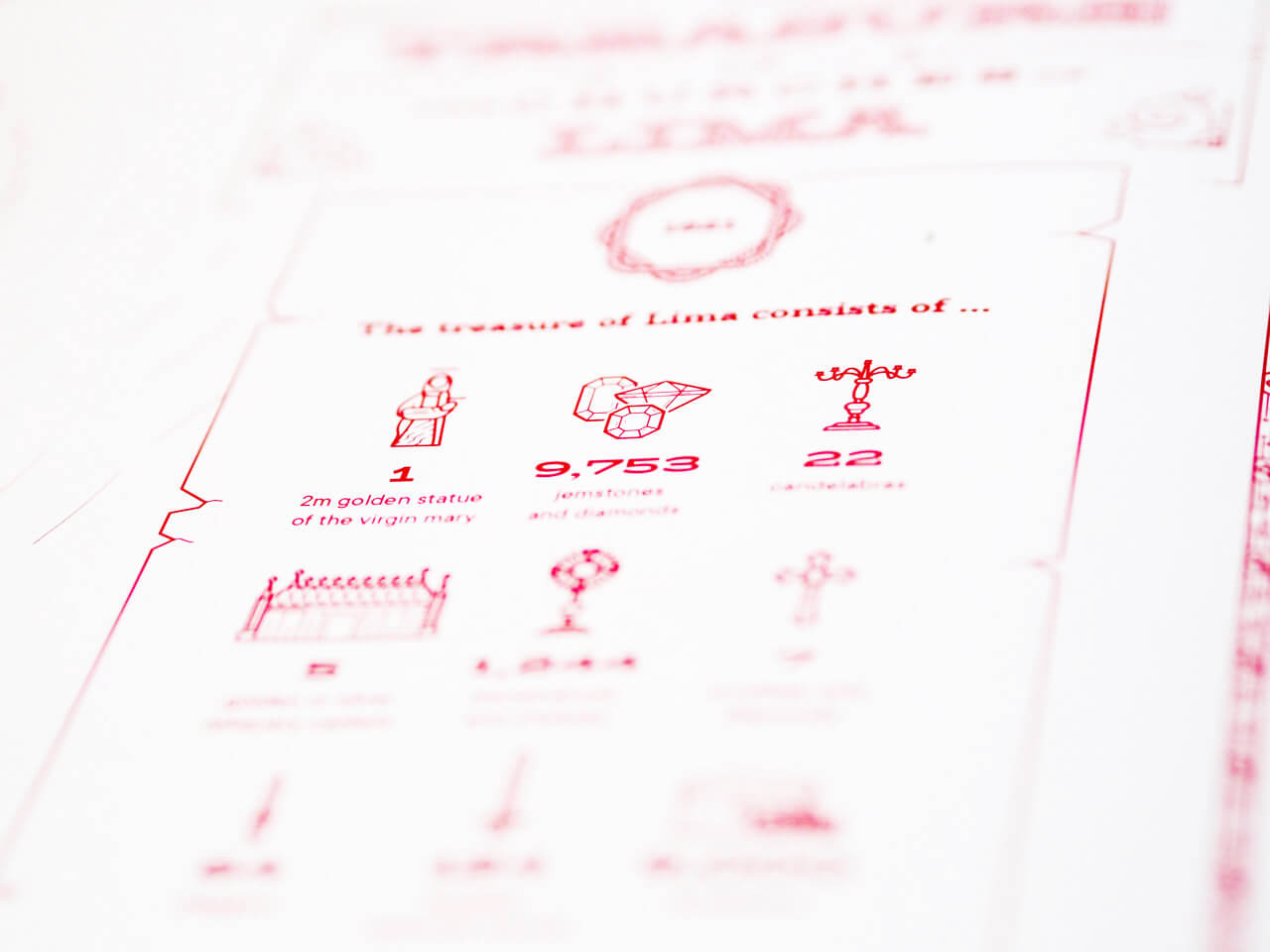 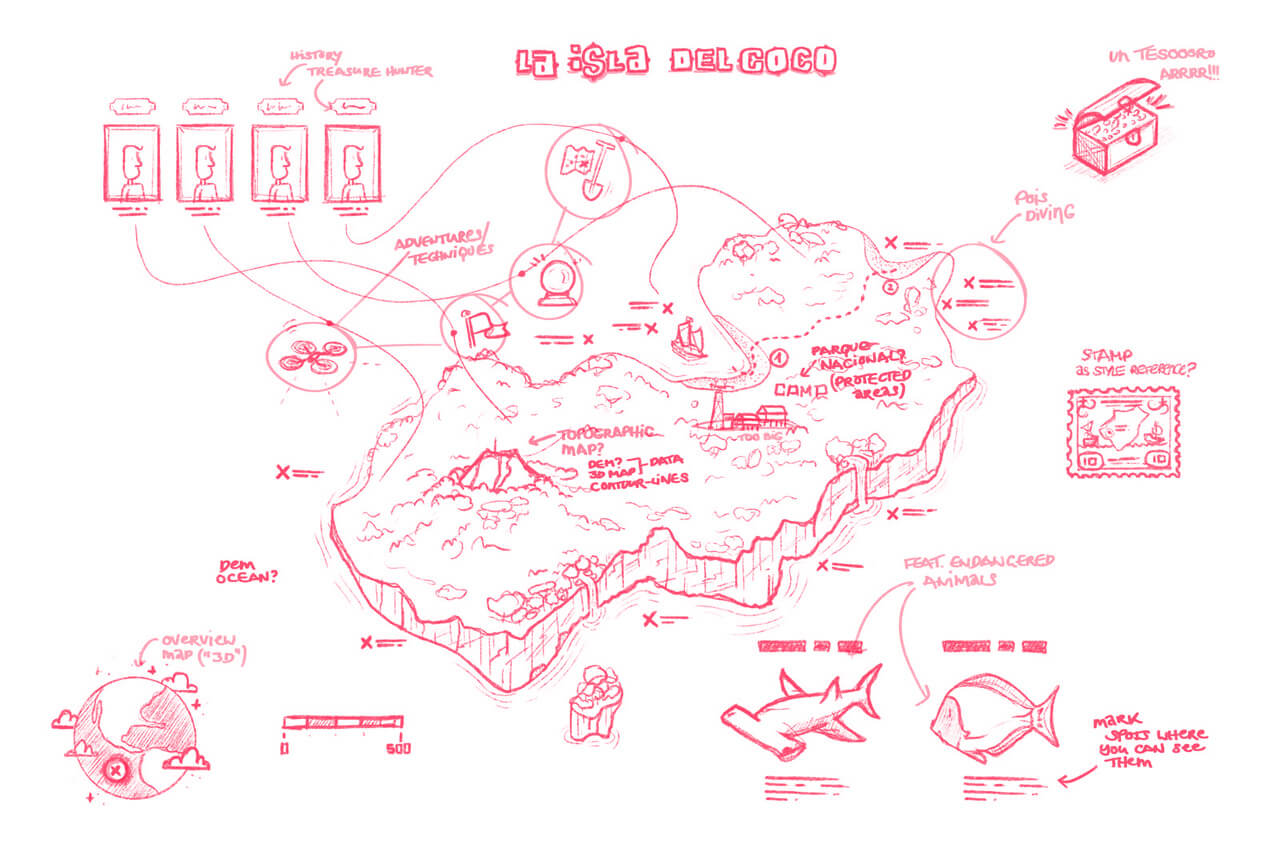 This was the very first, rough skecht after the first phase of research. 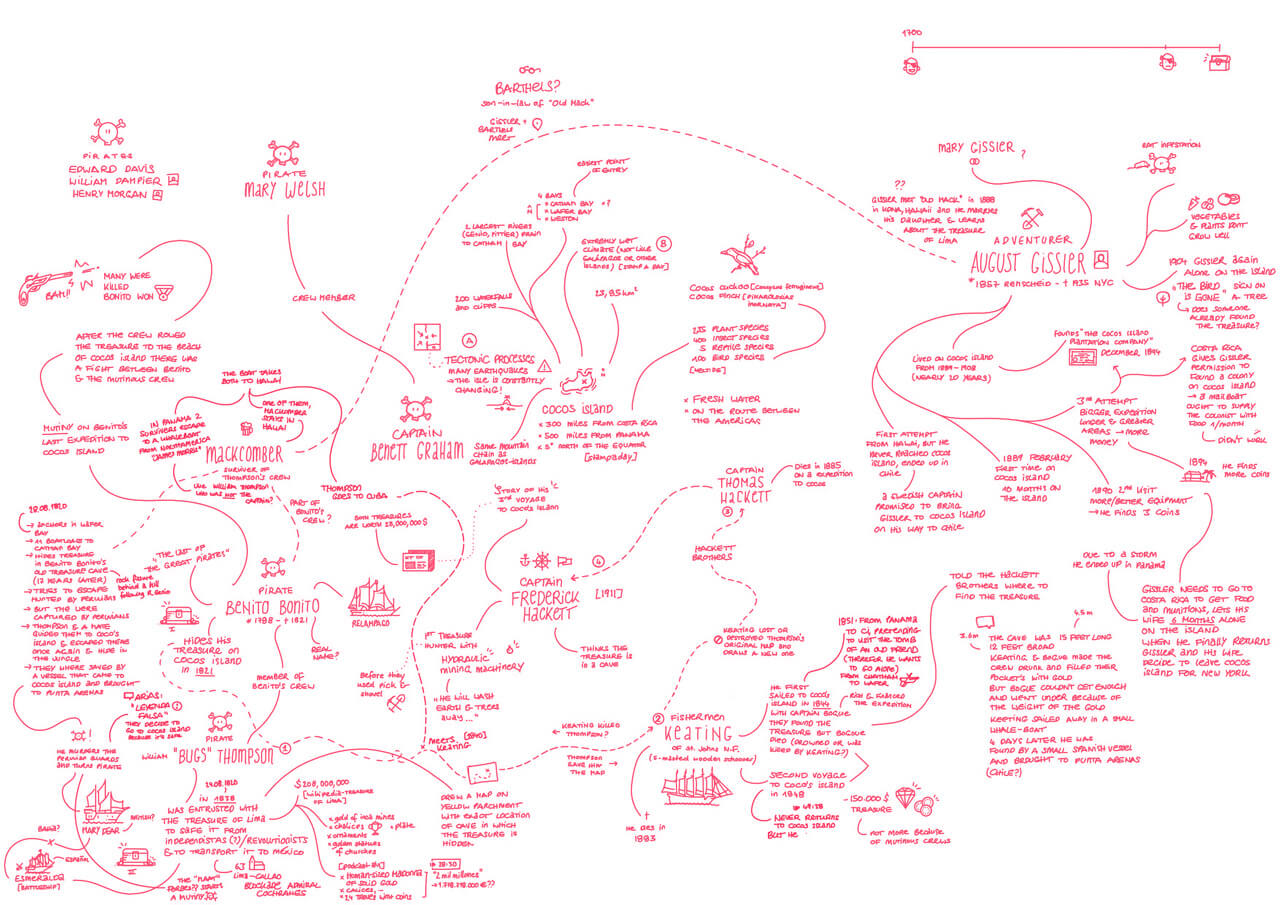 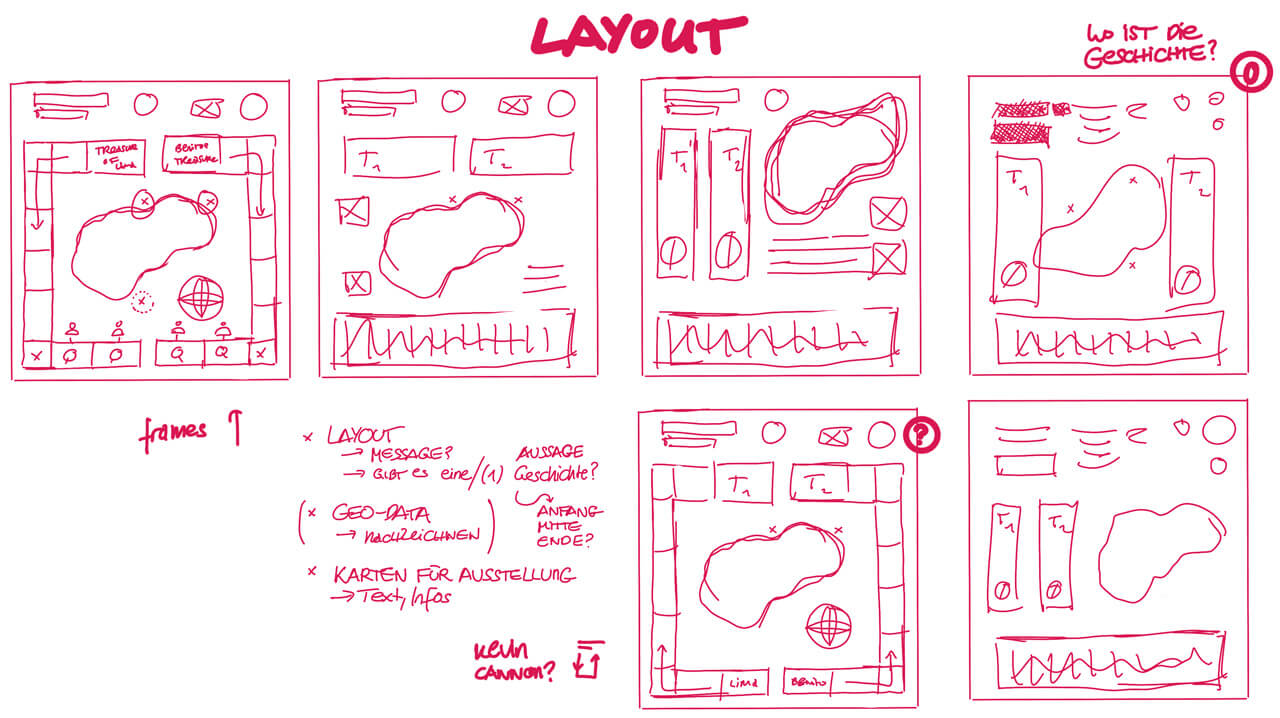 Sketches for some illustrations of the map.

With this rather big, analogue mape (~1mx1m) I want to carry on the tradition of innumerable treasure maps of the Isla del Coco: for centuries, countless treasure hunters have taken on adventures to recover the mysterious treasures suspected on the island – only due to treasure maps, written records or stories. Therefore the map deals as well with the relationship between maps and reality: maps are usually made to depict something that is as close as possible to reality, but at the same time they also shape and change perception of the reality, and therefore reality itself.

The monochrome representation, the graphic style and the colour are inspired by a stamp of the Isla del Coco from 1936, which I came across at the beginning of my research. Through the fine, small-scale signatures and the degree of detail - despite the large format - the audience is invited to get very closely to the map, in order to finally dive into the history of the mysterious treasures of la Isla del Coco.

The map is available for download as PDF (6.7mb).